You are here: Home / Blog / Blog / Letting Go | A Story About Accepting Help 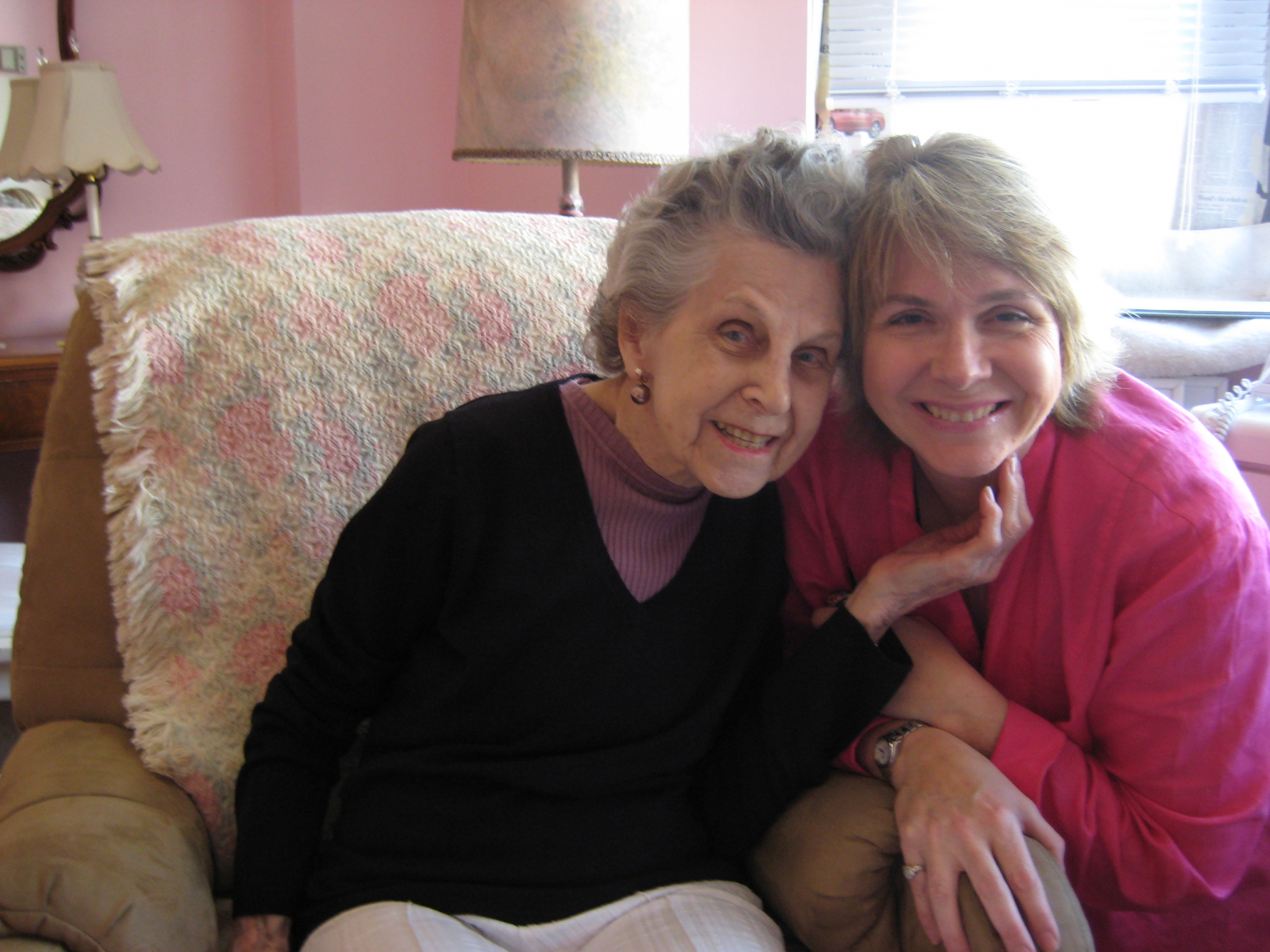 I’m sure I’m not alone in being protective of the person I am taking care of. A person with Alzheimer’s disease is vulnerable and they need our protection.

Bernice was a mentor of mine who had no other family. We knew each other for 30 years and she became like family, watching our children grow up, coming to our house for holidays and just being a part of our lives. When dementia crept into her life, my husband and I became her guardians.

As her dementia progressed, I became increasingly concerned about her living alone. I was anxious to get her out of her condo. She needed to be somewhere where she could be looked after. I couldn’t seem to get her doctor on board with me. No one else thought it was a problem that she was living alone at age 93, driving her car, often getting lost, only eating frozen pizza and ice cream.

For seven years prior to her move she and I had looked at communities for her to move to. She would often call me to say that she had seen a new place in the newspaper and that we should go look at it. Off we would go to visit yet another community. We would have lunch and make a day of it. Of course there was always something wrong with each place we visited, Bernice was very particular. There weren’t enough closets, or she noticed a little tear in the wallpaper, an indication of poor management. Truth be told, she just wanted to spend the day with me; she had no intention of moving.

During a hospitalization for leg pain, which ended up being sciatica, she was given a psychiatric evaluation. Normally one would not think that a psychiatric evaluation was required for leg pain, but when the patient gets hysterical because they would not let her write a check so she could leave “that hotel”, one might get transferred to the psychiatric unit. After the evaluation showed significant cognitive impairment, the doctor told her he wanted her to go “for a rest”, which was code for “we won’t discharge you to go back to your condo”, and she agreed that she was very tired and could use a rest. Thank God.

She lasted 10 months in the first assisted living facility. She had a studio apartment on the fourth floor. Never once did she know how to get to the elevator to go down for meals. I was there every day diffusing some crisis. A crisis to her would be if she thought someone had stolen her Band-Aids or when she convinced the very nice, but inexperienced 19 year old desk clerk to order a hamburger delivered from the nearest restaurant because the food in the dining room was being poisoned.

I was afraid to tell the new place about all the stunts she had pulled in the first place. Like the time they called me at 6:30 a.m. to tell me they found her unresponsive sitting on the toilet and had called the paramedics. Apparently she wanted some Tylenol and the meds weren’t being distributed until 8:00 a.m., so Bernice had pulled the call cord in the bathroom and when the aide arrived, she hung her head and would not respond to any questions. However, when the paramedics came and she realized she might be going to the hospital, she suddenly perked up. The paramedic got on the phone with me and said that she seemed fine; all she wanted was her Tylenol. No trip to the hospital that day!

I need not have worried about the staff at the Alzheimer’s assisted living community. They seemed to have heard all the stories before; they were clearly well trained and prepared. After I got her settled in that first day, they told me not to come back for two weeks. Two weeks? I didn’t know what to do. I had spent years and certainly the last 10 months planning her every day, activity, appointment, haircut, shopping trip. They wanted her to learn to depend on them, I got it. But it was still hard. I called the staff every day the first week. And every day I discovered she was just fine. I was learning to let go.

The final letting go was April 27, 2011, two weeks after her 98th birthday. My dear Bernice passed on and I believe is restored to her “pre-Alzheimer’s” self. I miss her, but I have a life time of memories, enough to last me till I see her again. It was my privilege and honor to have been her caregiver and her friend.

Holly Schmid is a caregiver and the owner of Best Alzheimer’s Products. Her journey of caring for a family friend, Bernice, and finding activities that she would like led her to develop a solution for other caregivers. In an effort to improve the quality of life for people with Alzheimer’s disease, and those who care for them, Holly developed Best Alzheimer’s Products. The site offers an array of useful information, thoughtful advice, and 100s of products including games, books, DVDs and music.

For the Alzheimer’s Caregiver