Every now and then I read or hear of a new drug that is being tested as a way to treat Alzheimer’s disease. These articles usually conclude that “initial tests have had promising results , but that further testing is needed.” If you are visiting this website you are likely very close to someone who has been diagnosed with one or another dementia. Like us, you probably get excited when you read these reports: modern medicine might finally be cracking the code, might finally be getting close to a cure. But so far the results of “further testing” have been disappointing.

We remain confident that modern medicine will eventually find a cure to this devastating disease, or more likely a way to prevent Alzheimer’s. We sincerely believe science will eventually cure all brain disorders. However, we are less confident that this will happen soon. In the meantime we provide a broad range of alternative therapy for Alzheimer’s, products and ideas to improve the lives of people who have dementia now. 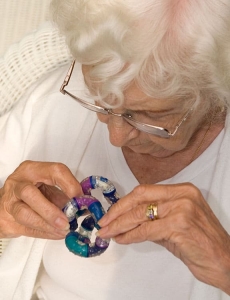 The Aromatherapy Tangle is a unique way to administer aromatherapy. It adds a tactile stimulation and is a fidget toy as well. Available in the store.

Essential plant oils are safe if a few, simple precautions are followed. If you have a question or a concern about the proper or safe use of any aromatherapy product, please contact us. Or ask a professional aromatherapist. Read more about aromatherapy as an alternative therapy for Alzheimer’s disease. 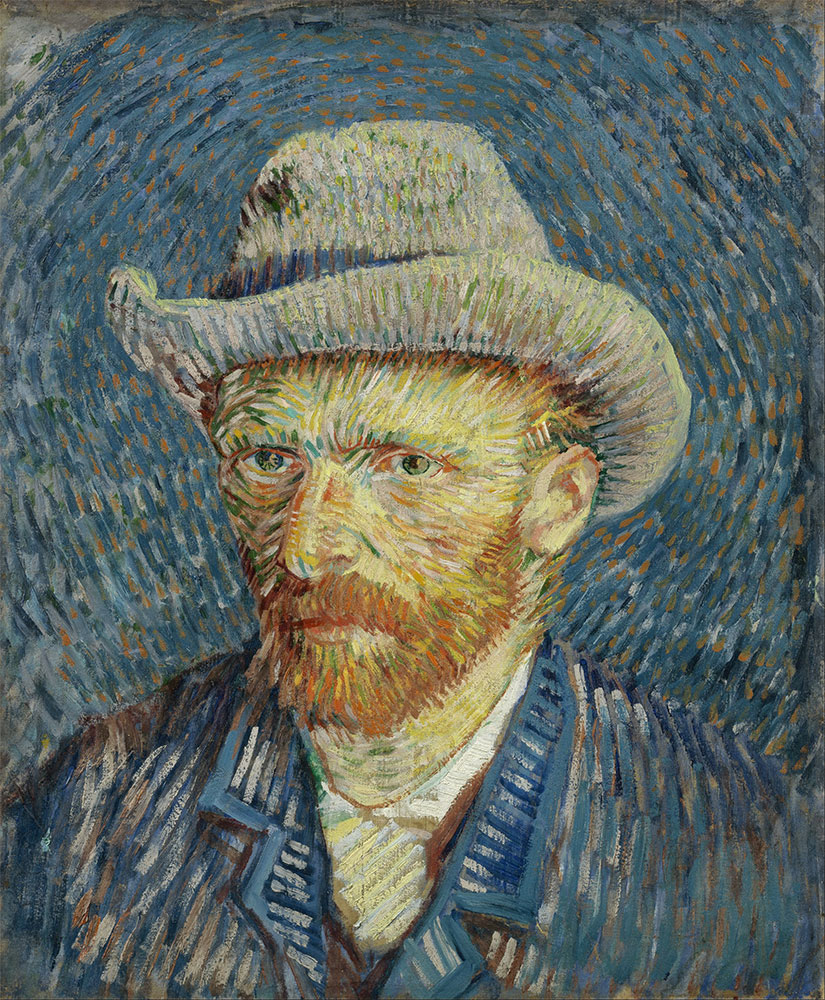 Art therapy is quickly becoming one of the most thoroughly documented alternative therapy for Alzheimer’s disease. Art therapists and activity professionals have long known that for people with Alzheimer’s, creating art as well as enjoying art opens up avenues of cognition and communication that were often thought to be lost forever.

More and more, in cities all over the world, art museums are creating tours for people with dementia and their caregivers. For anyone for whom attending such a tour is impractical, there are many ways that art can be brought to them. Painting and other arts and crafts are becoming a staple of caregivers, both professional and family. True art therapy requires a trained therapist, but with just a little instruction, you can art creation can be a very meaningful activity for the person or people in your care. 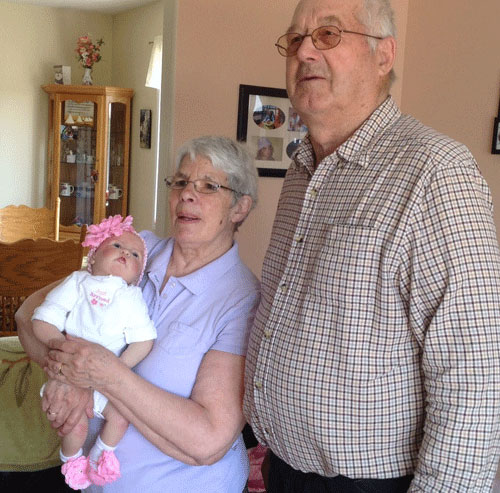 “I gave my dear Mother one of the dolls from “doll therapy” just a few months before we had to put her into full time care. The doll is the love of her life. It is the only thing she feels safe and comfort from and with. It is the only thing that she is able to talk to freely and love and nurture.

“She believes she is the doll’s grandmother and that the doll is real. She carries it everywhere with her and it’s beautiful to see that even though she is in the penultimate stage of vascular dementia, she is still able to display the loving and nurturing part of her nature that we all had the joy of receiving over her many years. Thank you.”  ~ Kate (Sydney, NSW, Australia)

The above quotation is a note of thanks from a friend in Australia who found that her mother (not pictured) was greatly comforted by the simple act of caring for a doll. Most of the evidence supporting doll therapy as an effective alternative therapy for Alzheimer’s disease is anecdotal, like Kate’s testimony, but there is quite a lot of it. As is often the case, so much anecdotal evidence usually gets the pro’s interested. A growing body of medical and scientific work supports what so many social workers, nurses, and caregivers have known for a long time; doll therapy works as a way to treat many of the behavioral symptoms of Alzheimer’s disease and other types of dementia.

You will find a large selection of therapy dolls in our store. We have one line that is very realistic. Our other line is so realistic you will have to look two or even three times, then touch the face to convince yourself that what you are holding is not a live baby.

These dolls are each custom made, and because of this are quite expensive, but I am constantly surprised by how many we sell. And I am not kidding about the realism. The person who makes these for us, while visiting a care community, gently placed one of the dolls in the arms of the nurse she was talking with. Several minutes later, after talking and swaying, she touched the baby’s face and almost shrieked, “It’s a doll!” 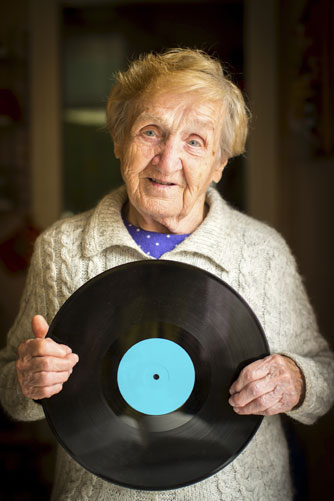 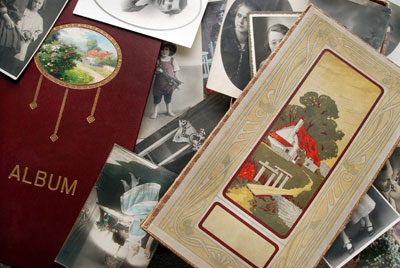 Many people with progressive memory disorders are much more comfortable talking about memories of long ago than about more recent happenings and experiences. This is especially true if the person has Alzheimer’s disease. Because the area of the brain that stores memories long term is affected later in the disease’s progression than the area that forms new memories, the affected person will remember more about her life when she was 40 years younger than she knows about what has happened earlier in the week or at breakfast this morning.

Old pictures provide a perfect vehicle for reminiscing. Bring out those old photo albums. Find pictures that are characteristic of the times and places she is likely to remember most fondly. Add some music that she listened to when she was young. Anything that provides fond memories can be a part of reminiscence therapy. 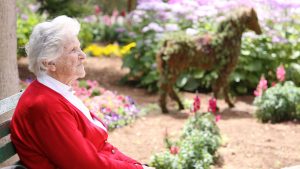 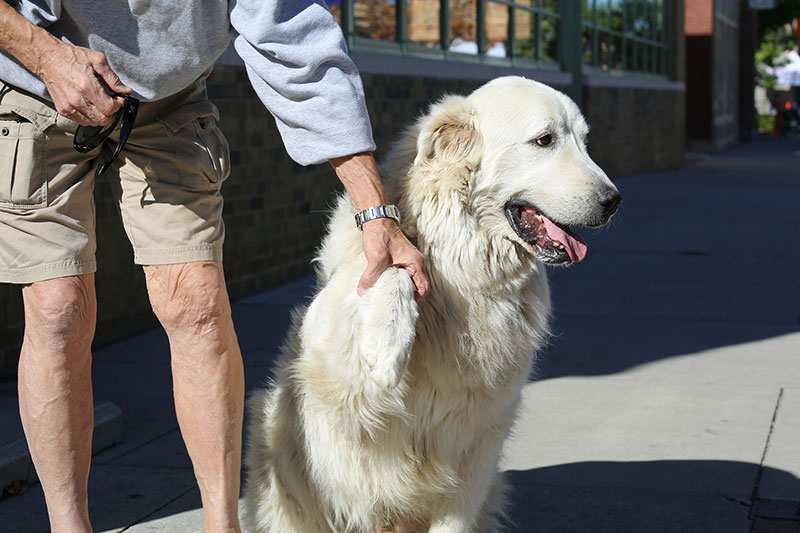