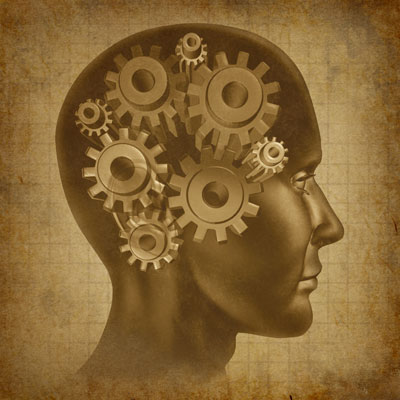 The Seven Stages of Alzheimer’s Disease

In the first stage of Alzheimer’s disease, there is no noticeable declination in cognitive ability. The plaques and tangles associated with the disease can exist in the brain for several years before having any discernible affect. In fact, plaques and tangles are often found in “normally” cognitive people to a degree comparable to those found in people who died with advanced Alzheimer’s. In a sense, this stage includes everyone. 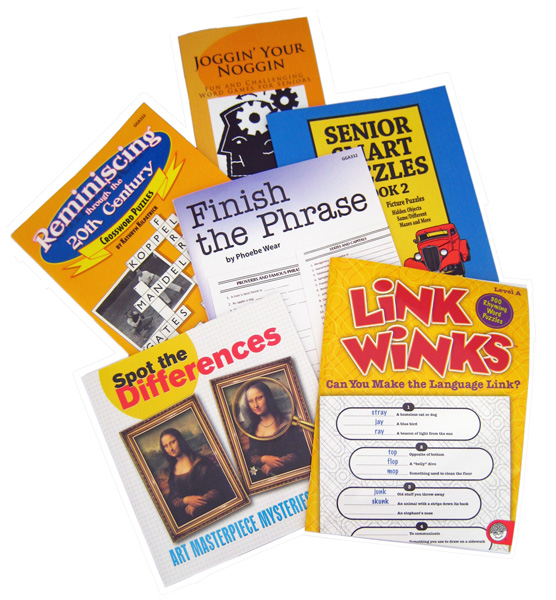 It is important to keep the brain active in the early stages of Alzheimer’s disease. These activity books provide an excellent way to do just that. These symptoms are sometimes associated with normal aging but will be more pronounced and advance more rapidly in a person who has Alzheimer’s disease.

In the second stage, the affected individual may begin to recognize that she is having problems with memory. This is especially evident with memories of recent events. The hippocampus, that part of the brain responsible for converting experiences into memories, is the first part of the brain attacked by Alzheimer’s disease.

In this early stage, a word needed to complete a sentence might be hard to remember, or common items like glasses or car keys might get misplaced frequently. These changes are often not recognized by family or friends at this stage, and will likely not even be identified in a medical examination.

The cognitive deficits of the previous stage become more pronounced in the third stage of Alzheimer’s and may become evident to others. Alzheimer’s disease is moving forward, into the temporal lobe of the brain, an area responsible for memory and language. Damage to the temporal lobe is responsible for the difficulty finding the right word that is a common symptom in this stage.

In this stage of Alzheimer’s, memory problems may become more pronounced, and medical diagnosis is often first made during this stage. Very often, as the individual begins to realize that something is not right, he becomes good at hiding or covering up his impairment. For example, many people will develop an intricate note-writing system that will include reminders, dates, etc. to compensate for their cognitive decline.

ADLs like this picture phone make it possible for a person who has dementia to stay independent longer.You may begin seeing behavior that looks like depression or apathy. Both  are fairly common in Alzheimer’s disease, but there is another symptom characterized by a loss of initiative or initiation that can be mistaken for depression or apathy. Sometimes called Aboulia, it results from a variety of conditions including brain injury, and is often associated with dementia. Aboulia, or Abulia,  is not well understood, but seems to be caused by a loss of executive function resulting from damage to the frontal cortex of the brain. This, in turn, results in an inability to choose to act. That can be a little difficult to imagine. Barry Reisberg in his book, Guide to Alzheimer’s Disease, says, “…sufferers from it (abulia) are incapable of maintaining a new thought or idea long enough to act upon it effectively. Hence they can’t carry out or follow through on their decision.”

There is some evidence that aboulia can be treated pharmacologically with some success. Unfortunately, it is often misdiagnosed as depression and unsuccessfully treated with antidepressant medication. If your loved one is presenting depression or apathy and you suspect aboulia consult your physician. This symptom also illustrates why every effort must be made to provide appropriate activities to the people in your care, and to do so actively. Left to themselves, people with aboulia may never choose to do anything.

Aboulia can be seen fairly early in the progression of Alzheimer’s, and can worsen as the disease progresses. 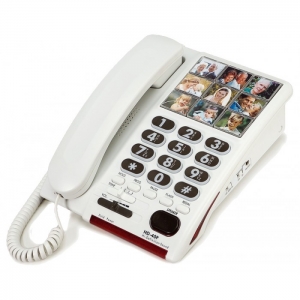 ADLs like this picture phone make it possible for a person who has dementia to stay independent longer.

Cognitive impairment at this stage is severe enough to be evident to friends, family, and co-workers. A medical diagnosis can be made with a relatively high degree of certainty. Even major events that are recent, like holiday parties or a vacation, may not now be processed into memory. Older memories may start to fade away, including details of personal history. The affected individual may become more withdrawn, socially inactive, and emotionally unresponsive. Conversation becomes more difficult and less frequent.

It becomes very difficult if not impossible for the affected individuals to live independently and carry out the Independent ADLs. Major events of their current lives become obscure or forgotten altogether, including where they live, their current phone number, or the presiding president. When asked they may give an old address, a place they lived ten or twenty years ago, or the name of the president who was in office when they were thirty years old. They will probably remember their own name and the names of close family members. These cognitive deficits are often irregular; something forgotten on one occasion may be remembered later, or certain things from a given time period might be remembered and others not.

The memory problems, disorientation, and increasing difficulty with Instrumental ADLs associated with this stage of Alzheimer’s disease make living independently unfeasible and potentially dangerous. It is during this stage that alternative living arrangements are often made: in home caregivers, moving in with a family member – a son or daughter for example – or a long term care facility are all appropriate solutions.

This stage of Alzheimer’s disease is characterized, in part, by an increase in the severity of many of the problems first seen in earlier stages. The individual sometimes won’t remember what happened just minutes ago, and older memories continue to be lost, including details of personal history. Personality changes and behavioral disorders become more pronounced and more disturbing.

An increasing amount of help is required with the Independent ADLs, and the Basic Activities of Daily Living (Basic ADLs) begin to suffer. If inappropriate dressing or other problems with dressing were seen in an earlier stage, they will be more obvious and pronounced, and help will be increasingly necessary. The individual might put her clothes on backward, put underwear on over everything else, or just have difficulty with sleeves, buttons, zippers, etc.

Behavioral and emotional problems can become disturbing for both the individual who has Alzheimer’s and the caregiver, especially if that caregiver is a family member. These behavioral changes can be  based as much in the psychological reaction to their condition as to the neurological affects of the disease. The person in this stage of Alzheimer’s is aware that he is no longer independent, that his cognitive ability and many of his physical abilities are declining, and that he is no longer a productive member of his family and of society. These realizations can cause a range of emotional behavior from withdrawal to loud and even violent outbursts.

Furthermore, because of these limitations he cannot channel his energies into productive and creative activities. This can cause fidgeting and repetitive behavior, wandering, and other inappropriate behaviors.

The last stage of Alzheimer’s disease is characterized by a need for constant care and assistance with ADLs, almost total loss of speech, and the eventual loss of control of the muscles and motion. Eventually, even the organs shut down, and if the individual has survived this long, death follows shortly.

For a person in this stage, walking becomes increasingly difficult, even with help, and eventually becomes impossible. He progressively looses the ability to sit up unsupported, to hold his head up, and then to smile and even to swallow. During this time, as during the entire progression of the disease, proper or extraordinary care can extend the period of time that the individual can use his muscles to walk, feed himself, and carry out many of the other Activities of Daily Living.

As this last stage progresses joint deformities become increasingly problematic. A joint deformity is a condition in which the range of motion of a major joint can be severely restricted, making movement painful.

Everyone is different, and these seven stages of Alzheimer’s is only a guideline. Not everyone will present with all of the symptoms and behaviors on this list, and the list is by no means complete. There are many other behaviors will manifest. Death eventually results from the shutdown of organs if Alzheimer’s disease progresses to the final stages. However, death often occurs earlier as an indirect result of Alzheimer’s disease before the final stage is reached. Infections from bedsores, and pneumonia, which the body is unable to combat normally, are two of the most frequent causes.