Research suggests brain-focused diet may have a positive impact

Paleo and Keto: How Does Diet Impact Alzheimer’s Disease?

Weight loss, environmental activism, taste factor. Whatever our reasons may be for changing the foods we eat, new diets go in and out of style every year. In recent years, new types of “healthy” diets grew in popularity. But what impact do these fad diets have on our brain health? And what impact could an Alzheimer’s Keto diet or Paleo diet have on prevention, diagnosis, and treatment?

Two extremely popular diets today are the Paleo diet and the ketogenic (Keto) diet. Both follow a similar mentality focused on low-processed, natural foods. Followers of the Keto diet eat based on a careful ratio of calories from fat, protein, and carbohydrates. On the other hand, people following the Paleo “caveman” diet eat only natural foods that could be found in the Paleolithic period, like meat, fish, fruits, and vegetables.

Both diets grew in popularity based on the idea that they are naturally good for the body. Recent research shows that both Paleo and Keto, when followed under a doctor’s supervision, can have a positive impact on brain health. However, both diets have their potential drawbacks.

What is the Paleo diet? 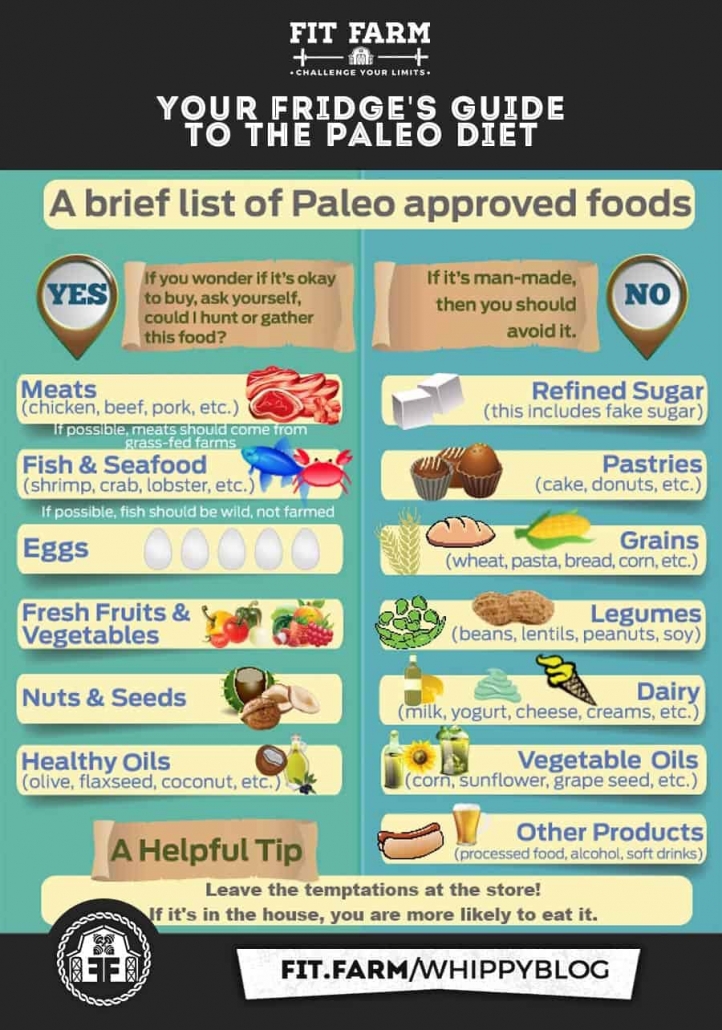 Also known as “the caveman diet,” the Paleo diet relies on foods available to our caveman ancestors. The goal of the diet is to thrive on all-natural, readily-available flora and fauna that we relied on as hunters and gatherers. By minimizing the amount of processing our food goes through, Paleo followers keep their food as all-natural as possible. This means no added fats, chemicals, or pesticides, whenever possible.

Paleo often comes with lifestyle changes, not just nutritional ones. Many followers of the Paleo diet choose to pursue all-natural lifestyles, or take up pastimes that bring them closer to the earth, like hiking, Yoga, and home farming. Some people find that these activities make it easier to commit to the Paleo diet–if you’re growing your food yourself, you know exactly how much processing occurs between the ground and your plate!

Someone on the Paleo diet would eat:

What is the Keto diet?

Originally designed for people with drug-resistant epilepsy, the ketogenic (Keto) diet relies on the body’s natural process of ketosis. Ketosis is a metabolic state where your body turns to calories from fat (instead of carbohydrates) to get all of its energy.

Like the Paleo diet, Keto relies on fresh, natural ingredients and tries to avoid processed food as much as possible.

Unlike Paleo, however, Keto cuts out carb-heavy “healthy” foods like certain types of fruit (and anything that contains too much sugar). By minimizing carbohydrates, including sugar, the Keto diet teaches the body to rely on fat for energy. Ideally, this leads to significant weight loss and improved blood sugar. (That’s why the diet is so popular among people with diabetes.)

The Keto diet follows an approximate ratio of calories from the following categories:

What impact does nutrition have on the brain?

The food you eat has a direct impact on your brain’s overall health and function. According to the Harvard Medical School, the gastrointestinal tract produces about 95% of the body’s serotonin. In other words, your digestive system literally helps guide your mood and emotional well-being based on the foods you put in your body.

Your brain, especially, is reliant on good nutrition. Like all of our organs, the brain needs proteins, vitamins, and minerals from our food to perform at its best. Unfortunately, over-processed foods or those high in sugar can increase the amount of “oxidative stress” in the brain. (Oxidative stress is a byproduct of our brains’ natural oxygen use. These free radicals damage healthy cell. Plus, poor diet, diabetes, and a number of nutrition-related health issues exacerbate free radical issues.)

Ultimately, your diet impacts your overall cognition and mood. During a 2009 study, researchers at Tufts University determined that reducing calories alone is not enough to improve memory overall. In fact, while participants in the study reported less confusion and faster response times to attention vigilance tasks during their low-calorie diets, they also performed worse on tests designed to assess memory. Simply put, a low-calorie diet improved cognition, but not memory.

How can Paleo benefit someone with Alzheimer’s?

While there is no immediate treatment for Alzheimer’s disease, the brain benefits from changes to diet, nutrition, and lifestyle. More research needs to be done — and much is underway — but current studies already attempt to draw connections between Paleo, Keto, and Alzheimer’s.

Because Paleo often comes with lifestyle changes as well as dietary changes, many people living with Alzheimer’s have reported an improvement in quality of life after making the switch. Not many studies focus on the long-term effects of the Paleo diet. However, it can play a major role in improving the body’s metabolism, which has a direct impact on brain health.

On paper, an Alzheimer’s Keto diet looks to have many benefits for brain function.

Ketones, which the body naturally produces as part of ketosis (and which can also be taken as a supplement), can stimulate growth and longevity in the brain’s neurons. The Keto diet teaches the body to turn to fat for energy instead of glucose. Unfortunately, the brain is not able to efficiently use fat as an energy source. At the same time, Alzheimer’s disease often comes with a decrease in the brain’s ability to process glucose. This means that a brain with Alzheimer’s is severely impaired when it comes to its own metabolism. It becomes even harder for an afflicted brain to find the energy it needs for proper cognitive function.

Recent research suggests that ketosis fights against this impairment. In basic terms, the process of ketosis improves brain function and increases synaptic reactions over time. This is because ketosis helps the brain reassess the way it processes energy sources like glucose, carbohydrates, and fat.

Additionally, initial research suggests a positive connection between dietary ketosis and improved memory. More research is necessary, but the reduced inflammation and boosted metabolism that come as part of an Alzheimer’s Keto diet could improve memory function in older adults.

In its use as a treatment for seizures, the ketogenic diet saw significant success in fixing the metabolic defects that often lead to epilepsy. Because neurological diseases are often linked, it’s not unreasonable to suggest an Alzheimer’s Keto diet could hold similar successes for preventing and improving dementia.

Like any restrictive diet, both Paleo and Keto come with a few potential drawbacks.

It’s important to note again that research in this area is incomplete. Both the Paleo and Keto diets are relatively new, so studies following their long-term impacts are still in their infancy. Already, we can identify a few key drawbacks.

Both diets, when followed to the letter, severely restrict food sources. Paleo cuts out many foods that are traditionally considered part of a healthy diet–like whole grains, legumes, and other carbohydrates. Keto’s restrictiveness is especially concerning. Because it relies on internal reactions similar to fasting, Keto’s nutritional drawbacks can be severe. It doesn’t make sense to switch to a “healthy” diet to boost your brain health, only to malnourish the rest of your body by missing out on critical vitamins and minerals.

When it comes down to it, a doctor-supervised nutrition plan can have an impressive impact on someone living with Alzheimer’s disease. 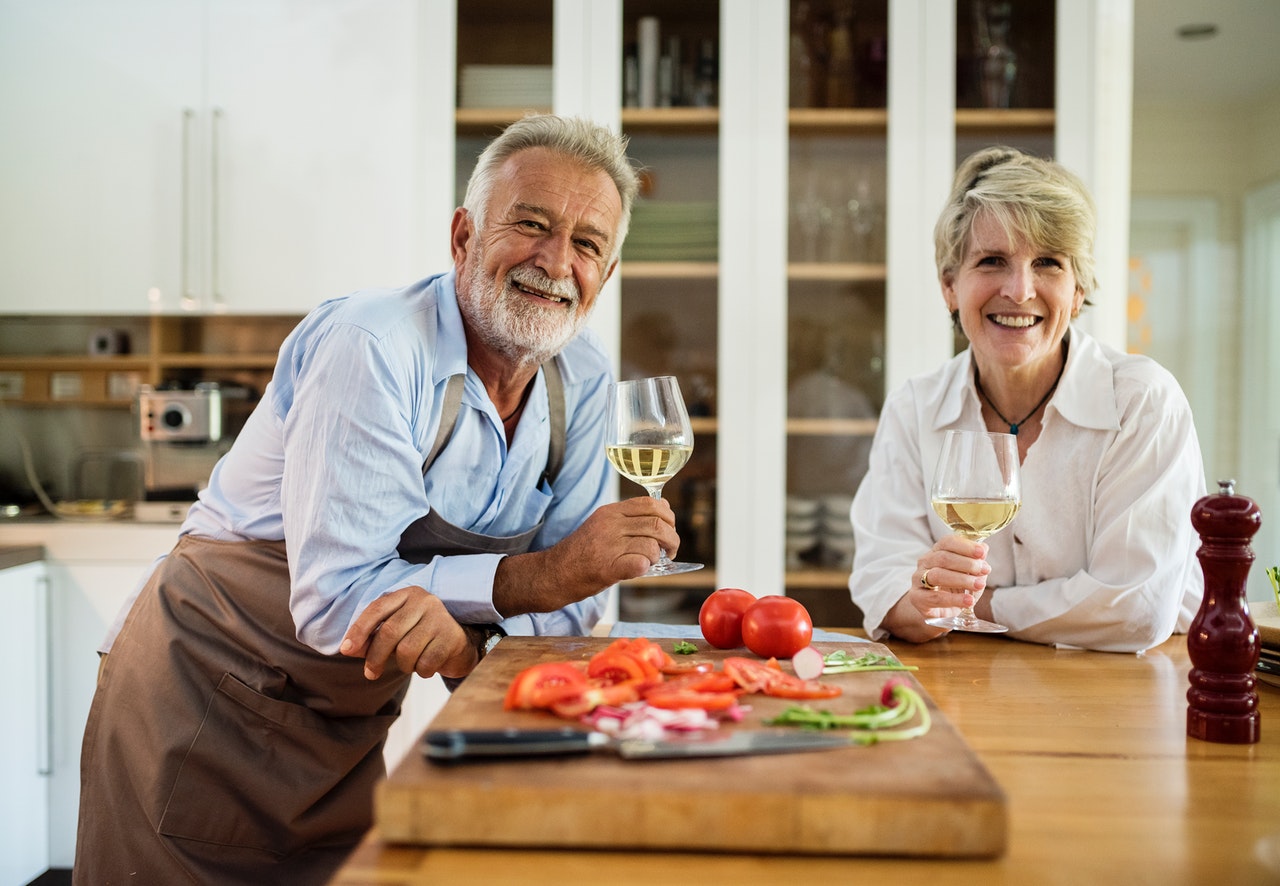 More research needs to be conducted on the health benefits and drawbacks of restrictive diets like Paleo and Keto. In the meantime, personal stories of success and symptom reduction make many optimistic that, although nutrition may not be the key to Alzheimer’s treatment and prevention, it may be a key to improving quality of life for someone affected by the disease.

You can adjust the Paleo and Keto diets to reflect someone’s nutritional needs. For example, someone could take ketones as a supplement (in this form, known as “exogenous ketones”). This reduces the worry about missing out on nutrients during a strict Keto diet. Ketone supplements increase blood ketone levels, mimicking the ketosis process that occurs naturally from a Keto diet. For older adults, ketone supplements may limit the transitional side effects of starting a keto diet (known as the “keto flu”). However, we still need more research on the subject.

If you are considering a new diet for you or a loved one, it’s best to speak with your physician and a qualified nutritionist.

Most doctors are not dietitians, and some have very little training on the subject. A specialized, supervised nutrition program, created by a qualified dietitian, is a great way to test out the impact of certain foods and practices on your body and brain. A general practitioner helps monitor overall progress and keeps track of side effects to keep your body as healthy as possible.

The connections between nutrition and brain health, and food and neurological disease, grow stronger every day. With further research, testing, and a few new recipes, we can find a nutritious, delicious routine for every person living with Alzheimer’s.

Looking for recipes? Try these favorites from our archives: