A recent study published in Nature Neuroscience (April 8, 2019) indicates that electrical brain stimulation improves memory in older subjects. Using a method known as transcranial alternating-current stimulation scientists were able to improve the working memory of older test subjects to be on par with a younger control group.

Our favorite subjects include research about how brain stimulation improves cognitive functioning. In fact, one of our first articles reviewed a study that reported playing Bingo (cognitive stimulation) improved cognitive functioning in people with Alzheimer’s disease. Since then we explored other non-invasive methods by which cognition and memory have been improved.

Now, researchers at Boston University report that electrical currents applied in a non-invasive manner to the brain can improve memory. The method used is called transcranial alternating-current stimulation. Neuroscientist Robert Reinhart and doctoral student John Nguyen tested the memory of 42 adults aged 60 to 76 against the memory of a group of younger adults aged 20 to 29.

Beginning about age 30, working memory begins to deteriorate. So it surprised no one when the younger group outperformed the older group in a pre-treatment memory trial. The task was to find how a picture on a screen differed from one they saw moments earlier. However, when the older group was tested while receiving the electric stimulation they performed as well as their younger counterparts.

What is working memory? 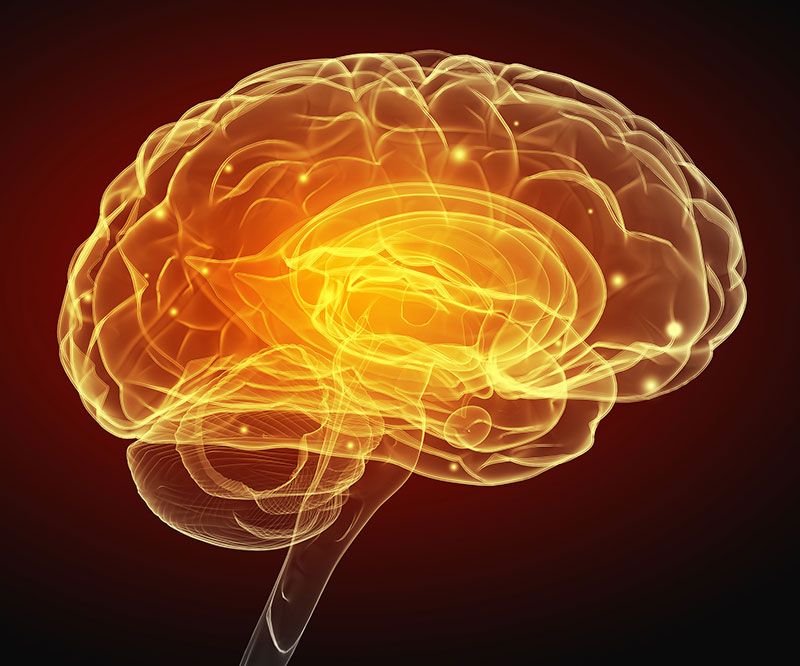 Researches show electrical brain stimulation improves communication between the prefrontal cortex and the temporal lobe of the brain.

Working memory is different than either long-term or short-term memory. Its mechanism is not well understood. As defined in Cognition, Intelligence, and Achievement (2015), working memory is “a processing resource of limited capacity, involved in the preservation of information while simultaneously processing the same or other information.”

Rosemarie M. Bowler, Muriel D. Lezak, said it a bit more succinctly in Handbook of Clinical Neurology (2015): “Working memory refers to the capacity to hold information briefly in memory while performing other mental operations on the information.” The authors clarify with a couple of examples. “Tasks involving reversed operations, such as repeating a set of digits or spelling a word in reverse, examine working memory. Other working-memory tests ask the subject to give one kind of response – such as naming animals or counting backwards – while holding in memory three letters or a name.”

In the current study, subjects held a memory of an image while comparing it to an image that was presented to them a few minutes later.

The different parts of the brain communicate, or synchronize, with one another.  Therefore, the more effective this communication, the better is our cognition. What we call ‘brain waves’ are responsible for this synchronization. As we saw in Flashing Light Therapy, gamma waves with a frequency of 38 to 41 hertz (Hz)are active in normal waking states.

Theta wave synchronization between the prefrontal cortex and the temporal lobe is at least partially responsible for working memory. Theta waves are a lower frequency (5 to 8 Hz) and are essential to intuition, learning, and memory, including working memory.  Meditation is a theta wave state.

With age the synchronization between these two areas degrades slightly. In a sense the connection loses synch. It is for this reason that working memory declines with age. Reinhart and Nguyen targeted the frontal lobe and temporal lobes with electric stimulation that was individualized for the participants. The procedure, it seems, resynchronized the theta waves. Within minutes of the start of stimulation the older subjects were performing as well as the younger group.

Electric brain stimulation is not just for older adults

In a second test a group of low-scoring young adults also improved their scores following electric brain stimulation. Reinhart and Nguyen hope their discovery will improve cognitive performance even in normally functioning people.

The investigators are not sure how long-lasting the effect of the stimulation will be, though the benefit was still detectable 50 minutes later. They are hoping that electrical brain stimulation may someday used to treat brain disorders including epilepsy and Parkinson’s disease. Even if it doesn’t turn out to be a treatment for Alzheimer’s or other dementias, I believe that the better we understand the way the brain works, the closer we will be to solving the puzzle of dementia.