You are here: Home1 / Blog2 / Alternative Therapy3 / Gustatory Stimulation for Alzheimer’s and Dementia

GUSTATORY STIMULATION FOR ALZHEIMER’S AND DEMENTIA

Eat, Drink and be Merry

Gustatory Stimulation – In many ways taste is the most pleasurable of our senses, depending on how much emphasis one puts on food and eating. Taste is very closely aligned with smell and can lead to reminiscences. A favorite meal or a particular dish one has not had for a long time often triggers a flood of recollections.

Unfortunately, our senses become less acute as we age. This is probably truer of taste than the other senses. Don’t take that to mean that our person with Alzheimer’s won’t profit from exposure to gustatory stimulation, but foods and beverages chosen for a strong flavor will be easier for him to taste than will a more bland selection. Keep a variety of herbal and flavored teas. Be creative in the kitchen to bring a diversity of tastes to the table. Spice, after all, is the variety of life!

Gustatory Stimulation for Alzheimer’s and Dementia 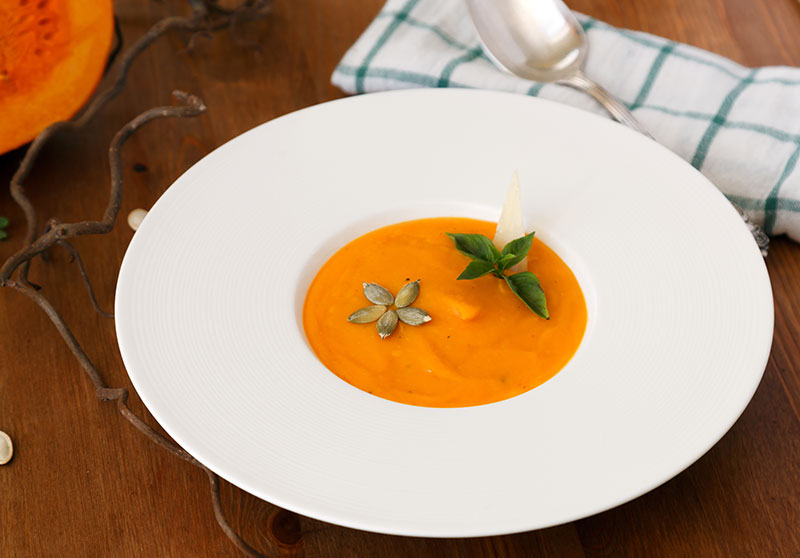 There are so many things in the kitchen that can be used to stimulate the taste buds, since taste is almost always connected to eating. Remember to look for strong (not to be confused with bad) flavors. The licorice herb, for example, has a stronger taste than parsley: sautéed mushrooms finished with red wine have more flavor than if simply sautéed in oil or butter. And there is evidence that a little wine now and then is good for the brain.

“Tea” has two meanings in today’s usage. Tea is traditionally a drink (hot or iced) made from the leaf of one of several varieties of the tea plant, Camellia Sinensis. The leaves are processed differently to yield white tea, green tea, oolong tea, and black tea. Kukicha is another option that is brewed from the twigs and stems of the tea plant. Each of these varieties has a distinct taste, and it may be fun to have a tasting to distinguish the varieties. A “tasting” could even be done in a small group for the added social interaction: as in “having tea.”

More recently, “tea” has come to mean any drink made by infusing plant parts in hot water. The plant parts could be leaves, bark, root, stem, fruit, berries, flowers, or a combination of these, and these herb teas can be served hot or cold. This gives us an almost unlimited diversity of flavors – and odors – to stimulate the senses; additionally, temperature is a tactile discrimination. There are medicinal properties attributed to many herbs and plants. Be careful, since some herbal medicine is strong, and some can react badly with other medications that the dementia patient may be taking. On the other hand, the herbal teas and tea mixtures that are sold in health food stores and supermarkets are most likely safe for general use.

Best Alzheimer’s Products does discuss potential and ascribed healing properties of certain plants in the Prevention section of this website. On the other hand, we do not prescribe medication, natural or otherwise. Be sure to consult with your medical professional before trying herbal remedies, and see our disclaimer.

Food is important far beyond providing stimulation to the gustatory sense (and the brain). We are collecting recipes that include ingredients that are suspected to have healing properties, or may be more palatable to those who might have a poor appetite resulting from dementia. See more at Food for Alzheimer’s and Dementia.

Spices and flavorings – Abundant in most kitchens, spices, herbs, and extracts (vanilla, peppermint, etc.) add interest and variety to the taste of food. Instead of pork chops, serve pork chops with rosemary and garlic. Sprinkle fresh or dried thyme on eggs, just to be different. Bake cookies and make candy that use mint and other strong flavorings; the process will also add aroma to the entire home (olfactory stimulation). 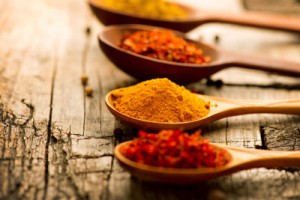 Another consideration is the health benefits that are increasingly being reported for various spices. Turmeric is available fresh (a root that looks a little like orange ginger) or in powder form; it is the main ingredient in most curries. Turmeric has been used as a flavoring in Indian cuisine for thousands of years, and also as a medicinal herb. Western medicine is only now catching up; many health benefits are being discovered for turmeric including a strong anti-inflammatory property. Chronic inflammation is thought to be  partly responsible for most Western diseases including heart disease, cancer, metabolic syndrome, and Alzheimer’s disease.

Turmeric has an slightly bitter, aromatic taste. Thus, in cooking, it is often used in combination with other spices. It is also very bright in color, and is often used as a food coloring. It can lend a pleasant visual component to foods that makes eating a more complete sensory experience.

Other foods and flavors that show promise as treatment or protection against Alzheimer’s disease include:

So how, you might ask, do I get those foods in my diet? Here is a great recipe for a drink that includes many of them. I’ll try to include more recipes as I find them, here and in other places on this website.

Simply place all of the ingredients into your blender and blend away for around 30-45 seconds or until your desired consistency is achieved.

* Thanks to healthysmoothiehq.com for this smoothie recipe.

Food as flavor – There are many foods available to us that were unknown when your loved one with Alzheimer’s was younger. Tropical fruits like Kiwi and Star Fruit are not only deliciously sweet, but even look beautiful. Arugula, sometimes called rocket, has been used in Mediterranean cuisine for centuries but is relatively new in the United States. It spices up a salad with a strong peppery taste and is good with rare, lean beef (our recommendation).

Experiment with new foods and new recipes, and new drinks, as you would with young children. Your loved one will not like everything you make, just like children, (just like your spouse) but you will probably find some new favorites for everyone.

The kitchen is the obvious place to look for flavors. Remember that herbs and spices, and teas lose flavor and strength if they get too old.

There is little formal research investigating the effects of gustatory stimulation on people with Alzheimer’s disease. On the other hand, we all know how important tasting and eating are to quality of life.

There is evidence that even bad tastes stimulate the brain. A study reported in Brain used a saline solution as an “aversive gustatory stimulation,” and measured increased activity in several areas in the healthy brain, and brain stimulation is a part of what we are trying to achieve.

Activities of Daily Living for Alzheimer’s Disease and Dementia

Tactile Stimulation for Alzheimer’s and Dementia
Scroll to top
[]