Lifestyle Choices Reduce Plaques and Tangles in the Brain

According to a study done at UCLA

I just finished a MOOC (Mass Open Online Course) titled Preventing Dementia, offered by the University of Tasmania (UTAS). Dementia prevention has for some time been one of my favorite topics of study within the broad category of brain health and dementia. If you are interested you can link to most of my related posts here. The course was interesting, though I was familiar with most of the concepts covered. Again, it is one of my favorite topics, so I follow the research. Now, a new study reports lifestyle choices reduce plaques and tangles in the brain.

UTAS’s first dementia-related MOOC, Understanding Dementia, was more informative and much more comprehensive, I thought. If you are interested these two MOOC courses are repeated periodically. I recommend both.

The Link Between Lifestyle and Dementia

Researchers have long suspected a link between how we live and how likely we are to develop dementia. Physical fitness, diet, and socialization are but three of the areas that boost our resistance to dementia causing diseases such as Alzheimer’s. And there is a wealth of supporting evidence. This evidence is usually of the type: This group of individuals ate certain things and exercised in years past and now have a lower incidence of dementia. This is a longitudinal study and a sound research practice. 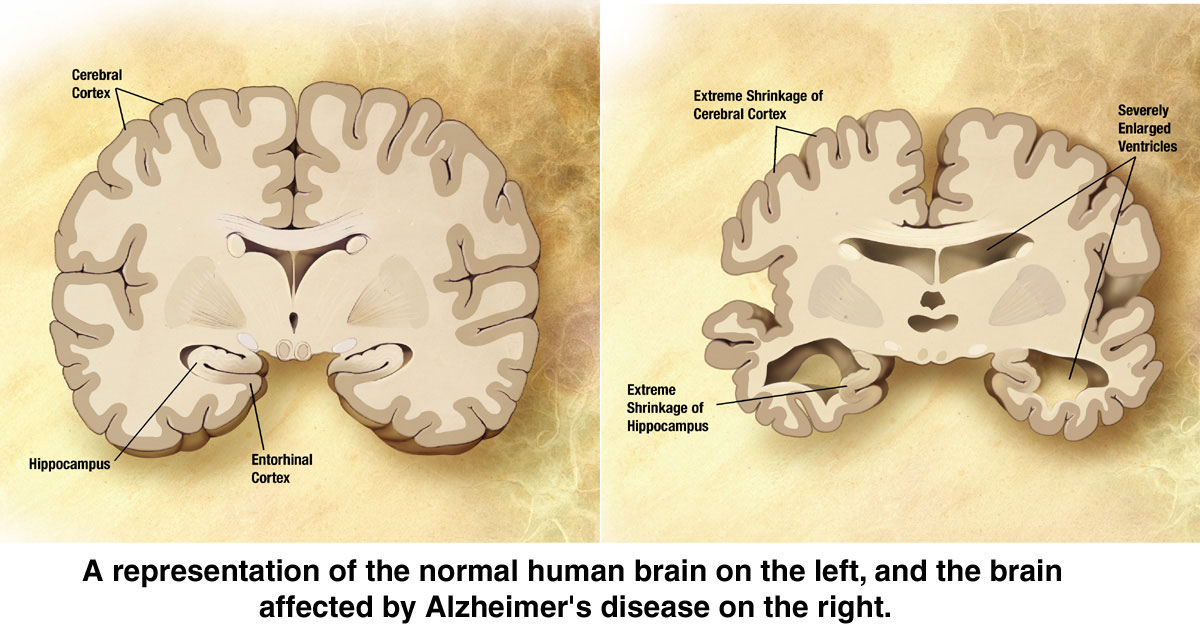 A representation of a normal brain on the left, and one affected by Alzheimer’s disease on the right

Now a study, published Aug. 16 in the American Journal of Geriatric Psychiatry, found that certain lifestyle factors reduce the amount of amyloid plaque and fibrillary tangles in the brain. These plaques and tangles are a hallmark of Alzheimer’s.  That is, they are always present in the Alzheimer’s affected brain. The group at UCLA and led by Dr. David Merrill studied 44 individuals between 40 and 85 with mild memory problems. They found that the brains of subjects who followed a Mediterranean diet and exercised regularly had fewer plaques and tangles than those who did not.

There is some disagreement among scientists as to the exact relationship between the plaques and tangles and the disease. Many argue they are a cause, while others think they may only be a result of Alzheimer’s, and not necessarily responsible for the memory loss and other symptoms we associate with the disease.

On the other hand, this is study probably brings us closer to understanding the effects of lifestyle on brain health in general, and will likely help eventually to curb the worldwide dementia epidemic.

Brain Plasticity and Alzheimer’s Disease – a Key to Treatment

Dolls as Therapy for Dementia
Scroll to top
[]