What Schedule I Classification Means for

Medical Marijuana Research | Why So Slow?

Medical marijuana research is progressing at a snail’s pace, which is truly incredible given the healing potential contained within this extraordinary herb.

Cannabis sativa is well known for its capacity to control and manage pain. But that is just the tip of the iceberg, a small part of the plants realized and potential benefit.

The compounds in marijuana are proving to be powerful medicine against everything from pain and nausea, to anxiety, depression, and insomnia.  Marijuana is prescribed to alleviate the symptoms of multiple sclerosis, the ill effects of cancer and HIV/AIDS treatment, and to alleviate the suffering and distress that accompany end of life. More recently cannabis is being investigated as a possible treatment, maybe even cure some other serious diseases and conditions, including cancer and Alzheimer’s.

Marijuana (aka pot, weed, Mary Jane, ganja, tea; and more technically Cannabis sativa, or just Cannabis) contains at least 113 different compounds, known as cannabinoids, many of which are being investigated and may prove to be medicinal. The most promising of the cannabinoids are THC and CBD.

The Potential of Medical Marijuana

Both THC and CBD are prescribed for a variety of conditions and diseases. Other of the compounds contained in the marijuana plant also show promise as medicine. 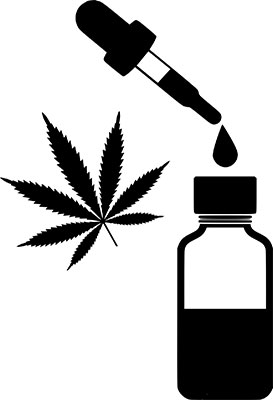 CBD is a non-psychotropic compound in Cannabis, and as such is more available in the U.S.

At least one study found a combination of THC and CBD was better at treating pain than either compound alone; just one of many arguments for using marijuana as opposed to the synthetic compounds that pharmaceutical companies prefer. And these natural compounds often work when pharmaceuticals do not. All of this without the side effects of the drugs that are prescribed for these conditions.

Why Don’t We Know More About Medical Marijuana?

Might Cannabis be the miracle plant that so many people are saying it is? Looking at the lists of benefits and potential benefits it is tempting to believe that it is. And medical researchers have just scratched the surface; only a few of the 113 compounds have been considered. Many others might prove beneficial. So why don’t we know more about the medical uses of marijuana?

The federal government makes it difficult for researchers to investigate just how miraculous this plant might be. In a letter¹ to the journal Science, concerned researchers laid out some of the difficulties and roadblocks the fed has created to obstruct legitimate medical exploration into the therapeutic potential of Cannabis sativa. Researchers must first suffer “a lengthy and arduous application process, often lasting for years.” And that is just the beginning. Potential researchers are further frustrated by the feds sourcing restrictions. From a 2017 report² by the National Academies of Sciences, Engineering, and Medicine:

In the United States, cannabis for research purposes is available only through the NIDA Drug Supply Program (NIDA, 2016a). The mission of NIDA is to “advance science on the causes and consequences of drug use and addiction and to apply that knowledge to improve individual and public health,” rather than to pursue or support research into the potential therapeutic uses of cannabis or any other drugs (NIDA, 2016b). As a result of this emphasis, less than one-fifth of cannabinoid research funded by NIDA in fiscal year 2015 concerns the therapeutic properties of cannabinoids (NIDA, 2016c).16 Because NIDA funded the majority of all the National Institutes of Health (NIH)-sponsored cannabinoid research in fiscal year 2015 (NIDA, 2016c),17 its focus on the consequences of drug use and addiction constitutes an impediment to research on the potential beneficial health effects of cannabis and cannabinoids.

All of the cannabis that NIDA provides to investigators is sourced from the University of Mississippi, which is currently the sole cultivator of the plant material and has been since 1968 (NIDA, 1998, 2016a).18 In the past, the varieties of cannabis that were available to investigators through NIDA were limited in scope and were not of comparable potency to what patients could obtain at their dispensaries (Stith and Vigil, 2016). Because of restrictions on production and vicissitudes in supply and demand, federally produced cannabis may have been harvested years earlier, is stored in a freezer (a process that may affect the quality of the product) (Taschwer and Schmid, 2015; Thomas and Pollard, 2016), and often has a lower potency than cannabis sold in state-regulated markets (Reardon, 2015; Stith and Vigil, 2016).

Why the hoops? Cannabis is classified as a Schedule I substance. This classification is the rationalization the federal government uses for restricting clinical study.

According to the United States Drug Enforcement Authority:

Schedule I drugs, substances, or chemicals are defined as drugs with no currently accepted medical use and a high potential for abuse. Some examples of Schedule I drugs are:

By contrast, Schedule II substances have the same potential for abuse and dependence but are deemed to have a medical benefit. These include the narcotic substances hydromorphone (Dilaudid), methadone (Dolophine), meperidine (Demerol), oxycodone (OxyContin, Percocet), and fentanyl (Sublimaze, Duragesic). If you are following the current epidemic of addiction and overdose deaths from prescription painkillers (opioids), some of those drug names will be familiar to you.

So, given the current evidence concerning the curative potential of Cannabis, why is the federal government so reticent to abolish its archaic marijuana laws? Why isn’t medical marijuana universally available both for treatment and for study? I will explore that in the next post,

Read more about the benefits of medical marijuana

Please read the papers, blogs, and appeals listed to the left. Together they suggest a severe dichotomy of values concerning the roll of cannabis sativa in healthcare. On the one hand, the papers detailing the medical benefits  of different cannabinoids characterize the marijuana plant as having prodigious potential to combat a large variety of diseases and conditions, from depression and anxiety to cancer and Alzheimer’s disease. And yet there is a powerful legal resistance, not only to marijuana use, but to meaningful clinical study. The legal basis or this defiance stems from marijuana’s classification as a schedule I substance, one lacking in medical benefit with a high potential for abuse. We have know for a long time that both of these characterizations are false. We see amazing medical benefit, without the danger of addiction and abuse. Furthermore, these benefits are without the harmful side effect that are so prevalent with many of the pharmaceutical drugs that could be replaced. As it turns out, the safety and effectiveness of medical marijuana is precisely why there is so much resistance to its legalization. That is the subject of the next post in this series. (coming soon)

The last comment and 2 other comment(s) need to be approved.
4 replies

Hope On The Horizon -Does Gum Disease Cause Alzheimer’s?
Scroll to top
[]