Lifestyle Choices May Be the Answer

Just as there is no cure, no magic bullet exists to prevent Alzheimer’s disease. On the other hand, there is compelling evidence that we can do certain things to delay the onset of the disease and even slow its progression. If we follow enough of this advice, perhaps we can avoid it altogether.
It is becoming evident that lifestyle plays a big role in many diseases. What we eat, where we live, what we do with our leisure time: all of these are now known to play a very significant role in how likely we are to get cancer, heart disease, diabetes, and other of our most feared diseases. The same is true of for preventing Alzheimer’s. Our genetics may be a big factor in whether or not we will eventually be affected by it, but our lifestyle and other environmental factors, factors we can control, are also potential contributors. There is less evidence in the professional literature that these steps will prevent dementia, but environment and lifestyle are probably to some degree causal factors in almost all forms of dementia.

Read more about what we might do to prevent Alzheimer’s.

Some Keys in Preventing Alzheimer’s 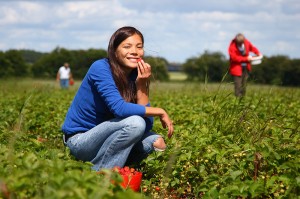 Obviously, right? More and more, diet is understood to be the most important element in everything health related. To optimize good health and minimize bad health we look first to our diet. And a diet that will most likely keep Alzheimer’s away is, essentially, the same as the one that will keep your heart healthy, your cholesterol level down, cancer at bay, and your glucose levels in balance.

How are you Preventing Alzheimer’s?

In addition, there are several specific dietary recommendations for Alzheimer’s prevention:

Coconut Oil has received a lot of recent attention for its health benefits, including brain health.

Another no-brainer! Diet and Exercise. The mantra of the fit generation. Diet and exercise may be our strongest defense against Alzheimer’s disease and dementia. And it does not matter when you start. That is, whenever you start exercising and eating right you will begin preventing Alzheimer’s, or at least you’ll begin decreasing your chances of getting it. So start today. 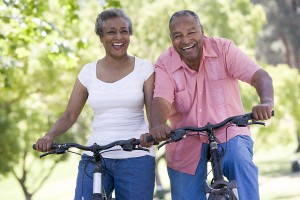 A report from The Mayo Clinic that summarizes several recent studies concludes that exercise might be our best bet to prevent Alzheimer’s disease.

Don’t forget to protect your body while getting it into shape. Head trauma can eventually lead to a form of dementia. Broken bones and bruises are no fun either. Wear a helmet while cycling, rollerblading, skiing, or doing any other activity that could risk head injuries.

The Einstein Aging Study, reported in the New England Journal of Medicine, concluded that participation in leisure activities led to a lower incidence of all types of dementia, including Alzheimer’s. For this study, leisure activities were reading, writing for pleasure, playing board or card games, playing musical instruments, and participating in group discussions. Subjects who participated in social activities one day each week had a 7% reduction in dementia risk. The risk was further reduced with increased social activity, to 63% for people who participated 11 times per week! The exclamation point is mine. You don’t often see exclamation points in scholarly writings, but I think this finding certainly rates one!!

The Einstein Study is part of a growing body of evidence that a brain workout will improve brain functioning in the same way that a physical workout will improve muscle and cardiovascular functioning. Memory loss, one of the best known and most feared signs of aging, can be reversed or at least slowed by playing a musical instrument, working crossword and Sudoku puzzles, playing chess, and otherwise using and “stretching” our brain.

The connection between mental calisthenics and reduced dementia is not proven, but there is a good amount of indirect and inferential evidence that this is indeed the case. For example, higher levels of education and more mentally demanding occupations correspond to lower levels of dementia.

Even if you did not go to college, or your occupation was not so demanding intellectually, don’t despair; it’s not the level of education or the occupation per se that is responsible for the brain health. You could have dropped out of high school and worked 45 years digging ditches, and spent all your free time at museums and reading and otherwise exercising your curiosity. Education is education. Brain stimulation is what we are after no matter what the guise. If this is you, you might be better off: Digging ditches is physical exercise, and that counts for a lot, too(see above).

And if you have not done those things that keep your brain sharp, start now. An industry is growing up around baby boomers fear of aging and the impending Alzheimer’s epidemic. Inspired by findings like those above, several companies, including Nintendo, are marketing devices designed to exercise our gray matter. But you do not need to spend a lot of money for gadgets or software. A book of puzzles, an interesting discussion, a thought provoking book, and interesting discussion about a thought provoking book; these things, too, benefit your brain. 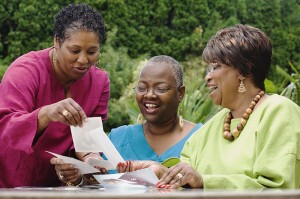 And speaking of discussion, spending time with friends, staying socially connected, will help to improve your memory and keep the brain elastic and healthy. The connection between social interaction and lowered rates of Alzheimer’s disease and dementia has not yet been made conclusively. Certainty is a difficult thing in cases such as this, but that there is benefit in spending time with friends is irrefutable.

There is a common thread that runs through the suggestions and prescriptions above. All, or almost all, revert to lifestyles and practices that were more prevalent at some time in our past; they propound a simpler, more natural lifestyle. We are all exposed to increasing amounts of environmental contaminants and pollutants. Furthermore, our televisions and computers have taken the place of the after-dinner discussions, the quilting bees, the barn raisings…. In short, the activities that served to further our neighborhoods and society, those activities that also served as our entertainment, made us a much more social being. Many, if not most of those are gone. It is the price we pay for living in an industrial society; we pay, unfortunately, with our health.

The fact that the incidence of Alzheimer’s disease is increasing dramatically, as is the incidence of most other health problems, reinforces our position that a return to a simpler, more natural lifestyle is a very good thing. We cannot know, but I would bet there is a direct correlation between environmental stress and Alzheimer’s disease. A return to a simpler lifestyle is not an easy thing to do, but it is certainly a worthwhile thing to attempt.

[dropcap]A[/dropcap]longitudinal study reported in Neurology, in 2007 and known as The Rotterdam Study, followed almost 7000 people 55 years of age or older over a seven year period. The study shows a significant relationship between current smoking and Alzheimer’s disease and dementia when compared to “never smokers”.

There was also no association between past smoking and dementia, Alzheimer’s, or Vascular dementia (VaD). One more excellent reason to quit now!

Another longitudinal study conducted by a group in Seattle, Washington, watched a group of people over the age of 65 for a period of more than 9 years. They concluded that people who exercised three or more times a week reduced their risk of developing dementia more than those who exercised fewer than three times a week. Also according to this study, “Exercise seemed to be associated with the greatest risk reduction in participants who had poor physical functioning at baseline.” So it’s never too late to start. As long as you start now!

Some more good news! There seems to be a growing amount of evidence that something in red wine might delay or even prevent Alzheimer’s disease and other dementias. Jun Wang, et. al., reporting in The FASEB Journal (the journal of The Federation of American Societies for Experimental Biology) found that Cabernet Sauvignon both improve memory and cognitive performance in subjects with AD-type amyloid beta-protein (Aß) neuropathology (the plaques part of plaques and tangles). The same study also found that the wine also reduced plaques in the brains of the subjects.

Before we get too excited, the subjects in this particular study were mice. On the other hand, there is a significant amount of evidence in the scientific and anecdotal literature to support the conclusion that wine, particularly red wine, is, in fact, good in ways other than Alzheimer’s prevention. And studies involving mice often relate well to humans.

The authors of this experiment do not advocate excessive consumption of wine, nor do we. Over-consumption and alcoholism can cause dementia and a host of other health problems, as well. Recommended quantities always are in the range of one wine glass size glass per day for women, and two for men (sorry ladies), Another of the conclusions: other forms of alcoholic beverages do not seem to have the same healthy properties, so no substitutions, please.

Olfactory Stimulation for Alzheimer’s and Dementia