You are here: Home / Blog / Blog / Can We Remember Lost Memories

Can We Remember Lost Memories?

The video featuring Neil DeGrasse Tyson originally featured in this article is no longer available. Until we are able to update the post, please read it with that in mind. Thank you.

It seems that Neil deGrasse Tyson is everywhere these days. He has assumed the role that Carl Sagan held decades ago, possibly the role the Carl Sagan created: he is the voice of science for us all. Tyson is an astrophysicist and cosmologist. Perhaps more importantly he is a communicator. He communicates concepts and issues in science in a way that we who do not have his training can understand. In the video (below) from the PBS program NOVA Science Now, he introduces us to some of the more exciting neurological research going on today. Neuroscientists are finding experimental evidence that we may be able to remember lost memories. Neil starts like this:

For most of us, a stroll down Memory Lane is an easy trip. But for the tens of millions suffering from memory loss, like those with Alzheimer’s disease, it’ s different. In some cases memory might still be there, but the pathways in our brain that give us access to those memories might be broken, or blocked, leaving the memories out of reach. But, what if your brain could build new pathways to lost memories? …some new research shows that someday that just might be possible. 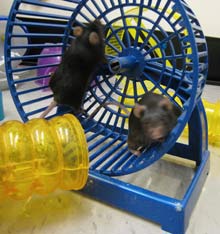 The video presents research done at MIT in Cambridge. To summarize the findings of that study, mice are made to forget a certain task by the introduction of a toxic protein. The protein used mimics Alzheimer’s disease by destroying brain cells. By then putting the mice into a sensory-rich environment, what  Dr. Li-Huei Tsai calls “Disneyworld for the mice,” the mice regained the ability to complete the forgotten task. Somehow, the brief stay at “Disneyworld” allowed the brain to be rewired, to re-establish the neural connections that were destroyed by the toxic protein, and allowed the mice to remember lost memories.

[pullquote]What if your brain could build new pathways to lost memories? Some new research shows that someday that just might be possible.

~Neil deGrasse Tyson[/pullquote]Dr. Tsai is thrilled by the prospect that because of this discovery we may eventually “have a pill that we all can take that will have this magical effect.” In fact, a group of experimental drugs called HDAC inhibitors have a similar effect on her mice as did the enriched environment. Very interesting! But what excites us in that environmental enrichment had the same effect on memory as did the drug, and without the potential side effects.

In this study we have laboratory evidence that appropriate and stimulating activities do, in fact, improve memory. 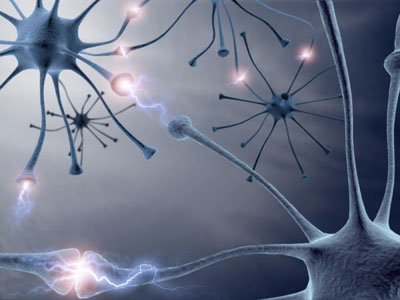 When we were caring for Bernice we noticed that she was much happier and more communicative when she was busy with something. Activities that stimulated her and held her interest seemed to have a very real and positive affect on her mood and manner. We knew from our experiences with Bernice (and some common sense) that providing her with an “enriched environment” was good for her. We didn’t know at the time that this stimulation could also be helping her to remember lost memories.

Since then we have learned a lot about improving quality of life for a person living with dementia. Much of the improvement is behavioral. Certain aromatherapy oils help sleep and decrease irritation, even improve memory for a time. A doll revives nurturing tendencies and promotes socialization and communication. Art therapy stimulates creativity and areas in the brain that are less affected by the damage of dementia. Art-creation and art-appreciation both stimulate memory, promote communication, and greatly improve quality of life.  Exercise and sensory stimulation promote brain health by increasing oxygen to the brain and by sparking new neural connections. A bright white light can help adjust our wake-sleep cycle by resetting our circadian rhythms, which are controlled by the suprachiasmatic nucleus in the brain.[pullquote]…environmental enrichment reinstated learning behaviour and re-established access to long-term memories after significant brain atrophy and neuronal loss had already occurred.[/pullquote]There is clinical support for all of the above claims, but Dr. Tsai’s is some of the most exciting laboratory research we have seen. It suggests that memories don’t exist only in neural (synaptic) connections as scientists once thought; that the brain can, essentially, be rewired to bypass damaged neurons so that memories and knowledge lost to the disease can be found again. The experimental subjects were mice, but this is certainly a big step in furthering our understanding of the brain, including the human brain.  Ethical issues aside,  a lot of medical breakthroughs began with studies involving mice and other laboratory animals.

One of the first clinical studies I found when I began researching dementia reported that people with Alzheimer’s disease who played Bingo showed significant cognitive improvement. It was a little surprising until I thought about it. It does require brain activity to play even a simple game like Bingo. Activity should be good for a brain suffering a disease like Alzheimer’s. As I investigated further I found more and more evidence to confirm this notion. I even learned that appropriate activity can help strengthen memory. With her work, Dr. Li-Huei Tsai at MIT has given us even stronger affirmation that activity has a positive effect on the brain and memory. She also gives us a model that helps explain this affect.

Most, though not all people with dementia are elderly. A playground like the mice Disneyworld in the video may not be altogether practical, though the ladies in the playground pictured in the sidebar of this post seem to be enjoying themselves. Other activities are more suitable for this population, activities like  games and puzzles that have been created or selected  to be age- and-stage-appropriate for people who have dementia. Explore our collection of activities, non-medical treatment, and more here».

Of Mice And Memory

The Alzheimer’s Project: The Memory Loss Tapes
Scroll to top